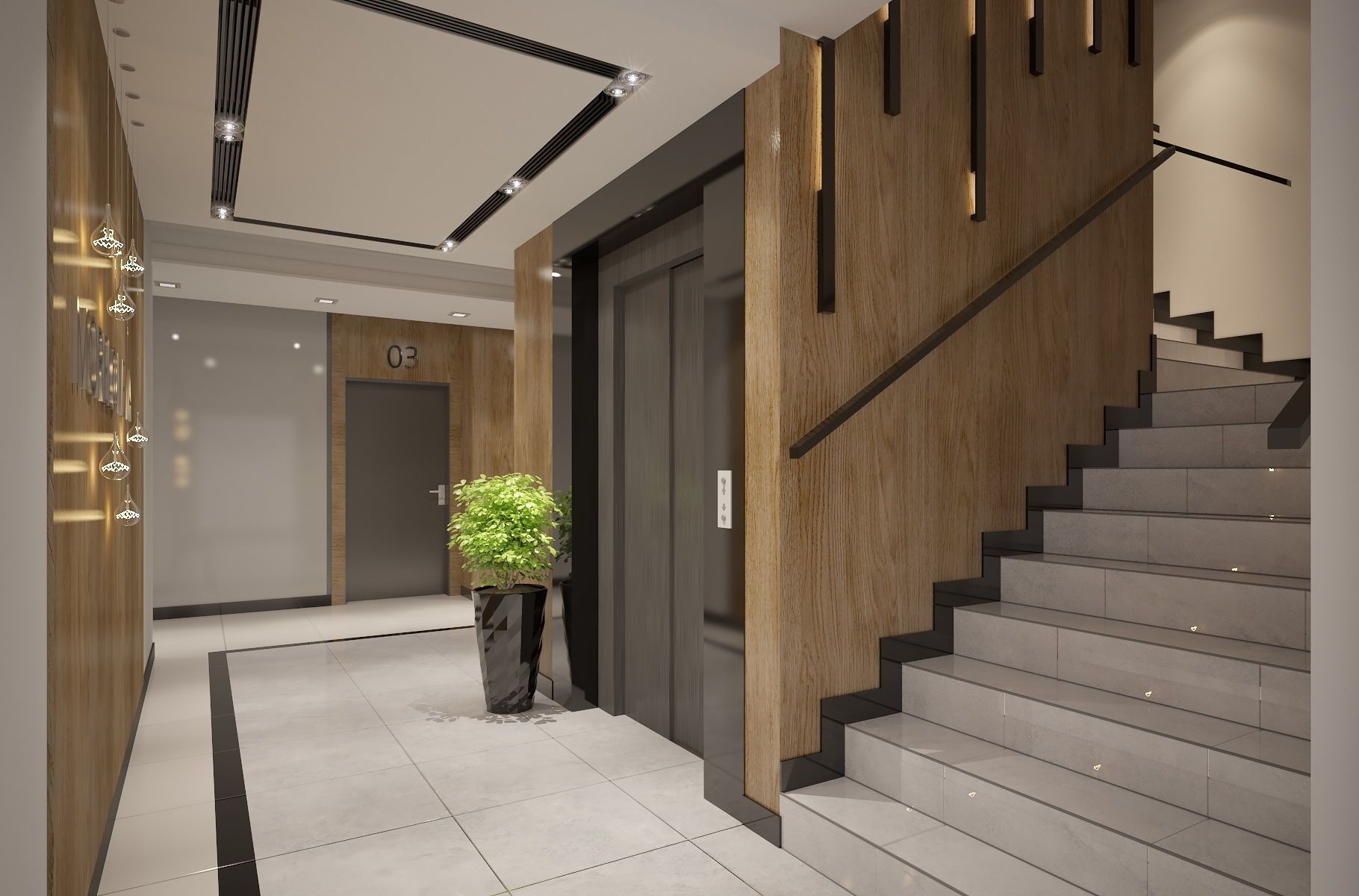 Look out for some of the techniques that the architects used in the Entrance Hall to make the building welcoming for visitors.
As the largest public building constructed in 20th-century Britain, architects Sir Colin St. John Wilson, MJ Long and their teams wanted visitors to feel immediately invited as they walked in, rather than taken aback by its sheer scale.
To disguise the building’s true size, the ceiling gradually rises in small increments as you enter in order to ease you inside gently and give you a chance to acclimatise yourself. Only once you reach the centre of the Entrance Hall can you get a full perspective of the height of the Library.

In Wilson’s words: ‘I think of space as being a sort of pressure. We start with an intense squeeze as you come into the building [with the low ceiling], and then once you’re in, you suddenly see that it opens up, not only getting higher and higher, but also widening, so in a sense, the space is continually opening and closing, both vertically and horizontally’.

You can spot this gradual-rising effect if you look at the roof of the building from outside.

The size of the Entrance Hall is also broken down by intermediate points like hanging lights, low balustrades and pillars.As a result, you hopefully won’t feel too tiny in comparison with the building!

To help you stay oriented, portholes throughout the building give you vantage points of your surroundings, allowing you to see where you’ve just come from and where you’re going next.
Wilson believed that visitors should be able to navigate their way around the building intuitively, without having to ask anyone for help. He said: ‘As you move towards the circular opening of the porthole, it fits exactly with the cone of your vision. It’s a rather elegant way of discovering the view.’

Look at the handrails inside the lifts, on doors and around the Library. Wrapped in leather, they give us clues to the building’s booky inspiration. Can you tell how? Scroll through the image carousel above to find out.

Lighting
One of the most striking things about the Entrance Hall is the way it is lit. Daylight pours in from the skylights and the windows set into the ceiling, and reflects off the floor.
Wilson relied heavily on natural light, which he believed, not only keeps Readers awake but keeps them in touch with nature: the time of the day, the weather, the seasons.
‘When the sun comes out in the Entrance Hall’, he said, ‘the building sort of opens up like a flower, and when the sun goes out, it closes again’.

With natural daylight being the main light source in the Entrance Hall, there is a natural transition as you step inside from the Piazza. You can also see this transition at work in the continuation of the outside brickwork and pavement in the Entrance Hall, and the use of natural materials around the building: travertine, oak, leather, brass and ebony. All this blurs the boundaries between the inside and outside.

Listen to what MJ Long had to say about lighting in the Entrance Hall.
Mystery of the empty plinths
On the approach to the escalators, can you spot two empty plinths? Between them, on the floor, are six circles, hinting that something has been removed.
These mark where the original turnstiles into the ‘inner sanctum’ of the Library stood. Only those lucky enough to have a Reader’s Pass could enter past this point.
In the original design, the majority of the building was accessible only to researchers.  Learn more about how we’re making intellectual heritage accessible to everyone.
The sound clips on this page are extracts of two extensive interviews with Sir Colin St. John Wilson and MJ Long from National Life Stories’ Architects’ Lives oral history programme.